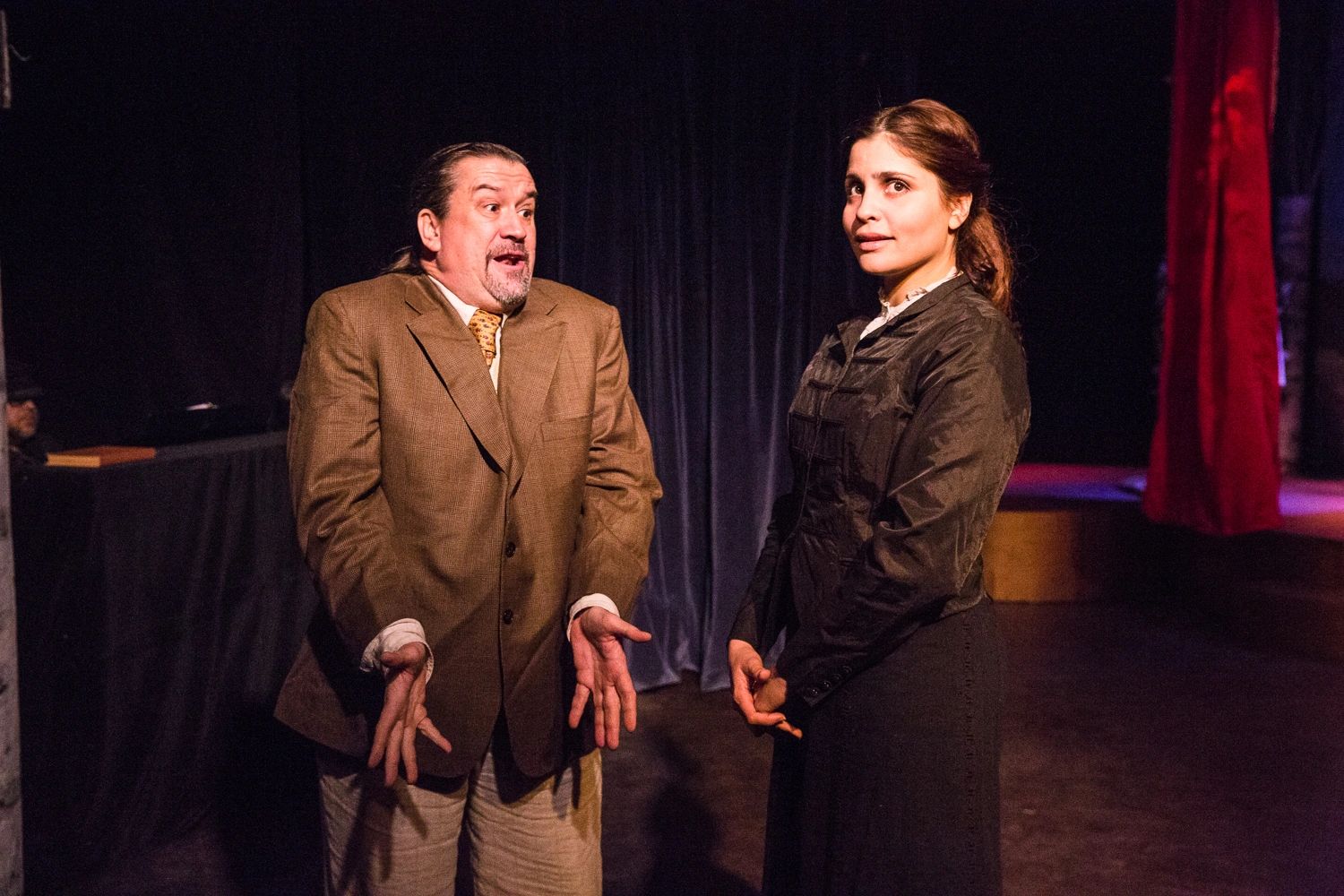 ​"Ivette Dumeng did her homework to create a seamless characterization of Charlie Chaplin.  It’s a performance that’s bound to be discussed"-Theatre In The Now for The Chaplin Plays
+

"Ivette Dumeng ... has the magic that captures the reason we see theater live." - Times Square Chronicles for Queen Kristina​
+

"[Dumeng] is the “light” of the play and the actress’ natural “it” factor. She manages to humanize a character over-sexually written."- NY Theatre Guide for The Real Machiavelli
+

Winner of Outstanding Actress Award for her role as Charlie Chaplin in The Chaplin Plays: A Double Feature at Planet Connections Festivity.

Two time nominated for Outstanding Actress in Cygnus ISA Summer Con5t3ll4tion by Steven Mark Tenney at The Planet Connections! - one for reading and one for full production.

Directing The Listening Room by Michaela Jeffery (with Lori Kee)

On the fringes of a remote desert society, a group of teenage dissidents search for fragments of earlier civilizations still ricocheting between stars. Using antiquated 21st century radio telescopes, The Listeners risk everything to connect to a past that has faded both from memory and record. On the eve of a trial that would decide their fate, The Listeners must choose to conform, or to strike out and seize the future they want to inherit.

Ivette Dumeng a born and raised in Brooklyn, New York. She is an award-winning actress and director. Most recently played Charlie Chaplin in The Chaplin Plays by Don Nigro. She’s Artistic Director of Nylon Fusion Theatre Company named one of "8 Young and Mighty Theatre Companies in NYC" by Backstage. Member of The League of Professional Theatre Women, Actors Studio Playwright Directors Unit, SAG/AFTRA, Lit, Art/NY.